Vincent Willem van Gogh (Vincent Willem van Gogh, March 30, 1853[Fundert, The Netherlands — July 29, 1890, Auberg Ravou, Overseas Sur Waz, Third Republic of France), Dutch artist, representative of post-impressionism and expressionism. He is considered one of the most prominent and influential figures in Western art history. In just ten years, he has produced about 2,100 works of art, including 860 oil paintings. most of them have been created by the artist in the last two years of his life. The paintings are portraits, still life, self-portraits, which are characterized by bold colors, dramaticism, expressiveness, which has helped to establish the principles of modern art. Van Gogh’s suicide at age 37 was a result of mental illness and poverty.

Born into a middle-class family, Van Gogh began painting from his childhood, was a serious, calm, and thoughtful child. At a young age he worked as a salesman for art, often traveling, but was depressed when he was moved to London. He was interested in religion as a Protestant clergyman in the south of Belgium. The painter was lonely and ill before he started painting in 1881, when he returned home to his parents. His younger brother, Theo van Gogh, supported him financially. The brothers have maintained a long correspondence. Early Van Gogh paintings, which are still mostly still life and pictures of villagers, are less vivid in color, which is more typical of the late period. In 1886, the artist moved to Paris, where he met representatives of the avant-garde, including Emil Bernard and Paul Guggen, who were indifferent to the expressionism and sentimentality of the Impressionists. In his work, Van Gogh took a new approach to still life and local landscapes. His paintings have acquired bright colors as he developed a new style by appearing in the city of Arles in the south of France in 1888. During this time, he expanded on the items found in the rows of olives, wheat fields and sunflowers.

Van Gogh has suffered from mental health problems and, despite worrying about his mental health, has not been properly nourished and often drunk. His affair with Gogen ended with a razor cut in his left ear at the time of the anger. The artist has been receiving treatment at a mental hospital for some time, including the time in Saint-Rémy-de-Provence. After being discharged from the hospital and taken to Auberg Ravou, Overseas Sur Uaz, near Paris, he came under the supervision of physician Paul Gache. His depression continued, and on July 27, 1890, Van Gogh committed suicide by using a revolver in his chest. Two days later he died of trauma.

Van Gogh was unsuccessful in his life and was considered insane. He has gained a lot of recognition since his suicide. has remained in the public consciousness as an example of a misunderstood genius where “stupidity and creative inspiration” coincide. [18] Van Gogh’s reputation grew in the early 20th century when his style of painting was influenced by Fauvists and German expressionists. The artist’s work has reached commercial success for decades, and Van Gogh is perceived as a very important but also tragic artist whose restless personality symbolized the romantic ideals of the tormented artist.

The works of Van Gogh are preserved in the most prestigious museums in the world (New York Metropolitan Museum, Auguste Rodin House Museum, Impressionism Museum, Paris Museum of Modern Art, New Munich Museum). Most of the work is on display at the Van Gogh Museum in Amsterdam. 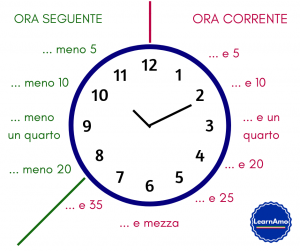 A daily selection of the best content published on WordPress, collected for you by humans who love to read.

The best longform stories on the web

The latest news on WordPress.com and the WordPress community.